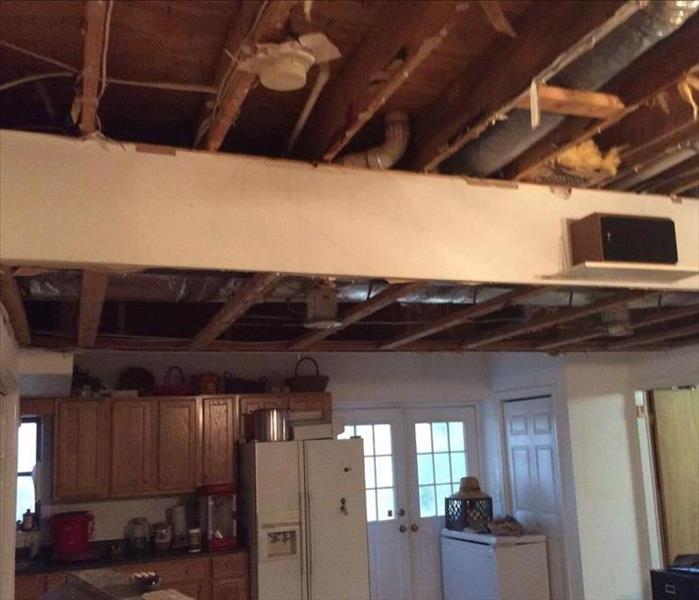 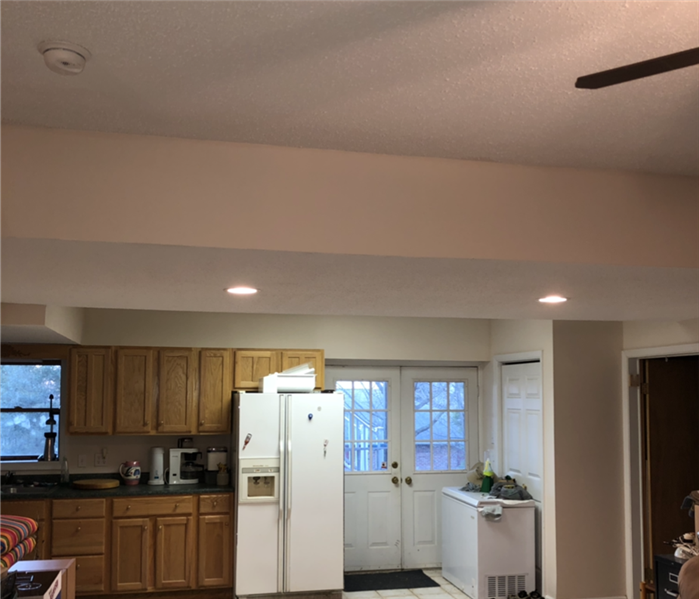 This in-law apartment in Harrisonburg, Virginia was damaged from a pipe that had burst from the main living quarters upstairs.  The ceiling in this in-law apartment was saturated which in turn caused the drywall to collapse.  The ceiling was removed, shown in the before picture.  Drying equipment was then set, and the structure was dried prior to the reconstruction.  The room was fully restored as seen in the after picture. For help restoring your home after any type of water damage, call SERVPRO of Harrisonburg/Rockingham County at 540-433-6100. We’ll make it “Like it never even happened.”

View More Before & After Photos